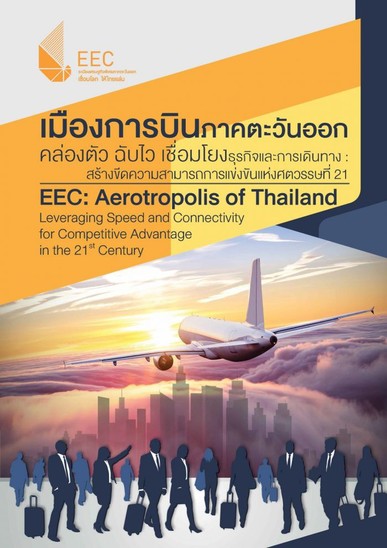 The concept of Aerotropolis focuses on airport-centered urban development, leveraging speed, agility and connectivity for business and logistics activities. The event is a stepping stone toward infrastructure development for the EEC, of which the success will rely considerably on establishment of an Aerotropolis. The EEC Aerotroplis will be a contributing factor to macro-economic growth.
In the spatial dimension, the EEC Aerotropolis can be divided into three concentric zones: Airport City, which covers 6,500 rai surrounding the airport and consists of aviation industry and logistics districts and Free Trade Zone (FTZ); the Inner Aerotropolis, which stretches 10 km around the airport and comprises various development zones to accommodate the Aerotropolis; and the Outer Aerotropolis which covers the three EEC provinces. An integrated multimodal transport network will maximize the development potential along the corridor.
Read the full Siam Business News Report here